In August 2016, Lary Sims joined R&M Sales and Solutions as our new sales rep working out of Las Vegas, Nevada and he assists us in covering our accounts throughout the Nevada and Utah territories. Lary has an impressive background from his early years out of college working in his family's Oil Business and developing Millions of dollars in Producing Oil Leases for his father's company. Later, Lary went out on his own and become a General Contractor and built over 37 custom spec homes throughout the South Eastern USA. Lary's work ethic and impressive background in Sales, High Level Negotiations, Key Account Management and Business Development Skills make him a tremendous asset to the R&M Sales and Solutions outside sales team.

In January 2021, Richard "Dick" D'Agostino agreed to join R&M Sales and Solutions as our new sales rep working out of Boise, ID, and he will assists us in covering our accounts throughout the Pacific Northwest territories. Dick's has an impressive background and we are glad he has decided to join our team. Dick has a MBA from the University of Utah and was a 1st Lieutenant, U.S. Airforce Operations Officer, Air Evac Squadron Rhein-Main Air Base in Germany. After the Airforce Dick began a 20 year career as HR Manager & General Manager of Large Paper Mill. Then Dick became President of a Marketing Firm representing Environment Cleanup and Remediation Products working with distributors throughout North America, South America, Europe & Australia. In 1999 Dick became a Principal of Performance Sales & Marketing, an IMR Sales Agency covering the Pacific Northwest for various principals of industrial and safety products selling thru distribution. Dick worked with his business partner for over 10 years before leaving to become the National Sales Manager of Sundstrom Safety in RI, USA. Dick literally built the entire sales force of Sundstrom from the ground up. Due to the work that Dick did hiring regional sales managers and independent sales reps across the US & Canada like R&M Sales and Solutions, today Sundstrom Safety does millions of dollars in sales and is the best NIOSH approved industrial respirator company in the USA. Dick retired from Sundstrom Safety on August 31st, 2020 and we are very glad to have Dick D'Agostino as the latest addition to the R&M Sales and Solutions team. 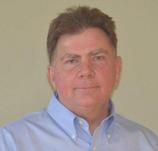 ​​​​Our sales rep Scott Metts has a Bachelor's Degree in Communications from Chapman University in Orange, CA and has been actively engaged in the sales and marketing profession for 5+ years prior to coming to R&M Sales and Solutions in January of 2020. Mitzi and I met Scott after an introduction from our son David who recognized Scott’s ambition, outgoing personality, articulate and professional demeanor would be a tremendous asset to our growing R&M Sales and Solutions team. Mitzi and I are very happy to have Scott Metts on the team and helping us cover and support our distributors and end user customers through Southern California.

Rob's highly skilled and technical background began as an independent manufacturers representative for cutting tool manufacturers.  He then went to work for distribution in both Southern and Northern California as a cutting tool specialist.   In addition to cutting tools, he was trained by 3M as an abrasives specialist selling to various markets.  Rob subsequently went to work for Carborundum Abrasives N.A. and Norton where his technical abilities were utilized to develop many of the products currently in their line.  He grew and managed a sales territory of several million dollars per year. During this same time frame, he also managed two direct sales people and five different independent representative agencies.  From 1999 to 2004 Rob worked directly for PFERD Inc. selling various Abrasives, Brushes and Cutting Tools through the Industrial, Welding, and Construction distribution channels in the Southern California, Southern Nevada, Arizona and New Mexico Markets. In 2004, Rob and Mitzi decided to expand their offering by starting R&M Sales and Solutions, a results oriented and technical sales agency.

All of our R&M Sales and Solutions’ IMR, Technical Sales Consultants continue to engage in ongoing and in-depth product and technical training programs that our manufacturers offer. These training programs ensure that everyone here at R&M Sales and Solutions becomes the asset for us and our manufacturers that our distributor partners and end user customers not only require, but truly deserve from their independent manufacturer's sales representatives.

Rob is the President & CEO as well as the IMR for the Arizona & Northern California Territories, while Mitzi is the CFO, Treasurer and the Office Manager for our agency.

Rob started his Independent Manufacturers Representative Sales Agency with his wife Mitzi DiStefano who has been his partner in life, love, faith, family and business. Together they built a successful Sales Agency committed to bringing profitable business to the manufacturers, distributors and customers that they serve. 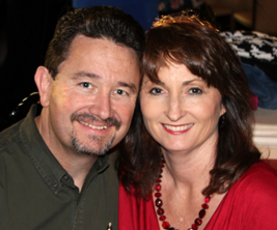 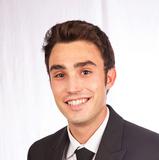